|In Industry Analysis
|By Alfonso Gutiérrez 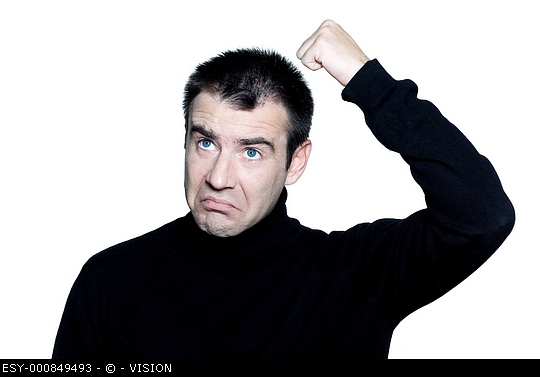 From the unstructured world of licensing visual content, generally called stock photography, due to the continued prevalence of photography stills, we are entering into another era of confusing descriptions of the products we license. Video, motion and footage are adding their doses of conceptual confusion.

In the history of stock photography, there have always been surreal definitions for the different types of licenses whose origins were simply “reproduction rights licensing.” Let’s review; we use Rights Managed, Royalty Free, Low Budget Royalty Free, Low Cost images, and even the most surreal of all “microstock”. Our industry has never been fortunate enough to clearly define what it actually licenses.

Imagine that we test the validity of the nomenclature for licensing types by asking the next door neighbor, maybe a used boats salesman, to give an example of someone who is quite removed from our industry. When he asks us what we do for a living, undoubtedly, we will need to enter into lengthy explanations describing that an image could be used for certain time, geographical area, etc. and others can be licensed and used as many times the buyer wants and even all possible intermediates. The funniest of all will be describing “microstock” because our boat seller will probably imagine that it refers to a smallish stock of something, completely opposite to the reality, in which microstock photography actually manages truly huge stocks of images.

For ages, something called “footage” has existed, which was defined as the raw, unedited material as it had been originally filmed. In those days of 35mm filming, a piece of film (with no sound) had 16 frames of 4 perforations in a foot of film (35 mm film had perforations on both sides of the frame) which formed 1 second of film. Footage was an obvious way of describing moving image material. Now in our stock photography world, some companies use the word “motion” to describe the licensing of moving images. To be precise in that case, the term to use should be “motion pictures” if we want to make sense, because the word “motion” is ambiguous enough to describe concepts of a legal nature, from football and even a song by Matthew West.

Nowadays, we license video which refers to the technology to electronically capture, process, store and transmit scenes in motion. Video, “I see” from the Latin verb “videre” refers to various formats for the storage of moving pictures that goes from analogue videotapes like Betacam and VHS to more modern digital video formats like QuickTime, MPEG-4, DVD, Blue-ray. However, most video we sell on the Internet today is in fact “video clips” which are short videos, no longer than a few minutes, if not only seconds each.

Furthermore, even YouTube is a video-sharing website on which users can upload, share and view videos. If you have footage or motion pictures the point is that they will probably be digitized into video, so why not unify the names? I think it’s better to say “car” than “a wheeled motor vehicle used for transporting passengers”.

Alfonso Gutierrez is the agefotostock CEO. A veteran of the stock photography industry and after 47 years still editing images every day.

I believe that is one of the such a lot significant information for me.
And i am satisfied studying your article.

But want to statement on few basic issues, The website
style is ideal, the articles is truly excellent : D.
Excellent job, cheers