Berlin’s Governing Mayor, Klaus Wowereit, once said of the capital city of Germany: “Berlin is poor, but sexy”.  Twenty years after the fall of the wall, poor but sexy Berlin has turned into a startup technology hub, with its low cost and buzz attracting artists, young creatives and talents from all over the world. Berlin is the on-trend creative capital of Europe.

As a congress venue, Berlin offers a number of important additional advantages on top of trendyness:
– Centrally located
– Well connected with two international airports
– Affordable hotels
– Germany is an important market in Europe

Centrally located, the Maritim ProArte was found to be the perfect place to hold CEPIC 2014 in June 2014.  The Maritim ProArte is a modern Design and Conference hotel. It has 1.650 sqm exhibition spaces, 13 conference centers, a professional meeting service, and all necessary business facilities.  It is perfectly suited to welcome 600 and more delegates and host different events on the same floor.

The MaritimProArte is located 5 minutes away from the Brandenburger Tor, Unter den Linden and Gerdamenmarkt. It is within walking distance of Berlin’s finest touristic attractions, shopping, entertainment, dining and nightlife venues. The Friedrichstrasse station is opposite to the hotel with railway, subway and bus stop connections to all directions.

Although a block of 80 rooms will be reserved for delegates and offered at a preferential rate, there are plenty of hotels in the vicinity for delegates to book choose from.

The Congress will open on Wednesday 4th of June and end on Saturday 7th of June with three full days for tables, meeting rooms, conferences and networking events.

Alfonso Gutierrez, CEPIC’s President, says: “It has been the intention of CEPIC bringing to bring our yearly Congresses to as many places in Europe and beyond as possible, but we have never yet organized one in Berlin. As CEPIC has had an office there since it was founded 20 years ago, we considered that it is about time that we bring the Congress to the home of CEPIC. We expect, with the help of our industry, that 2014 will be a great year for the “Centre of the Picture Industry ” as we better describe what CEPIC represents to all of us in the stock photography industry. Come to Berlin. Join us. We will have a lot to share in  2014.”

Edith Stier-Thompson, CEPIC’s vice president says: “Being German, I am very  proud that Berlin, my favoured city in Germany, will host the next congress. We will have an exciting programme and look forward to see all of you there.” 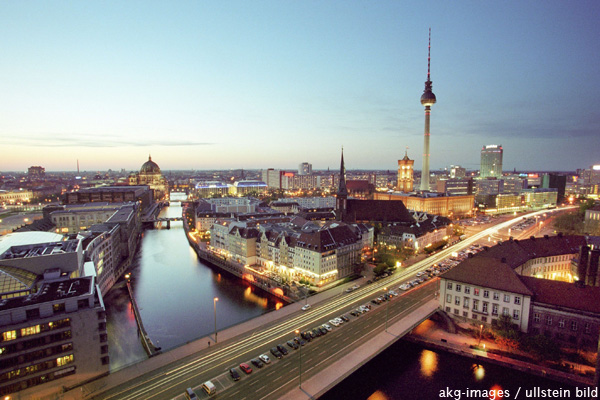 CEPIC Congress 2014 will take place from 04 to 07 June 2014 at the Maritim ProArte Hotel, Berlin Friedrichstrasse

Registrations for the Congress and hotel bookings will be accepted from January 1st, 2014.
Express your interest now and get information informed about sponsorship opportunities by writing atto berlin2014@cepic.org

All other information (Venue, Hotel Booking, Sponsorship Opportunities) is available from berlin2014@cepic.org

About the CEPIC Congress
The annual CEPIC Congress is the largest global gathering of the international photo community and extends CEPIC’s network to all five continents. CEPIC’s membership and Congress participants includes large and smaller stock photo libraries, major photo news agencies, art galleries, historical archives, and museums,  and video companies. After a successful event in Barcelona event in 2013 with 500 delegates  from all over the world attending, CEPIC will go north and east to Berlin in 2014, one of the largest market place for still and moving images in Europe.

CEPIC is a European non- for profit trade association in the field of image rights. CEPIC was founded in 1993 to present a unified voice to advise and lobby on new legislation emerging from Brussels. It was registered as an EEIG (Economic European Interest Group) in Paris in 1999. As the Centre of the Picture Industry, CEPIC brings together nearly 900 picture agencies and photo libraries in 20 countries across Europe, both within and outside the European Union. It has affiliates in North America and Asia. It has among its membership the larger global players such as Getty, Corbis or Reuters. Through its membership, CEPIC represents more than 150.000 authors in direct licensing.

CEPIC’s members are expert in the conservation and marketing of imagery. They have been digitising content from the advent of the Internet, making the resulting digital asset available for commercial use, such as to newspapers, magazines and broadcasters, off and on-line, as well as in non- commercial environments for the purposes of research and education.  Picture agencies and photo libraries also act as commercial rights management service providers on behalf of creators.

CEPIC achieved observer status at WIPO (World Intellectual Property Organisation) in 1997. CEPIC has been a member of IPTC since 2005, of ICOMP since 2009 and joined the Linked Content Coalition early 2012. It is part of the ARROW project and, together with partner, EVA for collecting societies for visual arts, released a feasibility study on the inclusion of visual material in the ARROW system. From 2013, it will be part of the EU funded project, RDI (Rights Data Integration) proposed by the Linked Content Coalition.