How Doing a Small Favor Turned into My Spending Five Weeks in China; Part One & Preview Photos 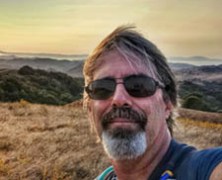 Gary Crabbe is an award-winning commercial and editorial outdoor travel photographer and author based out of the San Francisco Bay Area, California. He has seven published books on California to his credit, including “Photographing California; v1-North”, which won the prestigious 2013 IBPA Benjamin Franklin Gold Medal Award as Best Regional title. His client and publication credits include the National Geographic Society, the New York Times, Forbes Magazine, TIME, The North Face, Subaru, L.L. Bean, Victoria’s Secret, Sunset Magazine, The Nature Conservancy, and many more. Gary is also a photography instructor and consultant, offering both public and private photo workshops. He also works occasionally as a professional freelance Photo Editor. My friend asked if someone living near San Francisco or Los Angeles could help him with a small favor: take a document to the Chinese Consulate Embassy, get it stamped, and then send it to him in China. I took him to the Chinese Embassy in San Francisco seven years ago when he moved to China to teach English, so I volunteered. It should be a pretty simple and straightforward matter. Additionally, my friend was willing to pay for my time and efforts rather than go through an agency. Sounds easy, right? Well, let me tell you, combining the words simple, straightforward, and Chinese Bureaucracy is a total oxymoron.

What followed was an absurd circus of circumstances which caused my friend to fly back from China — twice — to deal with his work visa issues at the Consulate. I would later joke that as a 40-year resident of the Bay Area, there’s no place in the City of San Francisco that I’ve been to more than the Chinese Consulate. As for my friend: Let’s just say it didn’t end well. 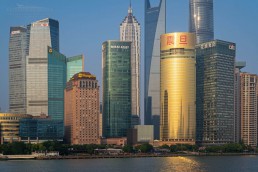 Photo: Office buildings in the financial center along the Huangpu River, Shanghai, China

In the midst of this Embassy fiasco, my wife, 17-year old daughter, and friend had been making plans to have my daughter fly over to China during the summer to assist with teaching a drama and yoga class at my friend’s school. We thought this would be a great cultural experience for my daughter in light of her college aspirations. I was ‘volunteered’ to be her chaperone. We would stay in my friend’s apartment for three weeks while my daughter helped out in the classroom. Then the two of us would play tourist for a couple of weeks before heading home. That all sounded fine so we booked two round-trip tickets to China. I then proceeded to go back to the Chinese Consulate twice more to get our own tourist visas. Photo: Residential homes in the Muslim Quarter of Xi’an, China

Less than ten days before our departure, and while my daughter and wife were in Costa Rica celebrating my daughter’s High School graduation, my friend — who was now stateside — informed us that the classes my daughter were to help with had been canceled and his school-owned apartment would no longer be available for us to use. At this point, my daughter had a choice to make; either we still go to China together as tourists or she doesn’t go. That would leave me with the option that neither of us goes — since we no longer had an apartment to stay at — or the final option, she stays home and I still go. After spending two weeks in Costa Rica, she would’ve had about 28 hours between coming home from one trip and taking off for a month China. For a 17-y.o. girl in the middle of summer, it’s understandable that she decided to forego China and hang out with her friends before starting her sophomore year of college. Besides, she still has her visa to visit China – which is valid for the next ten years.

So now the decision was up to me… what do I do? I had a round-trip plane ticket to China and pretty much nothing else.

Throughout the spring and the start of summer, I had invested a huge amount of my own time and efforts helping my friend with his China issues, far beyond his initial generous compensation, and then even more with planning for myself and my daughter to visit. At this point, I decided I’m going on my own — to basically go walkabout as a pure tourist experience — and as a sort of self-owed payment. A week later I was sitting on board a plane en route to China with no set itinerary save for an initial four-night stay in a Shanghai hotel and a return flight ticket home five and a half weeks later. With some recommendations from my friend, I came up with a very basic idea of where to go and what to see, but all of my planning would take place on the fly while I was in China. This included booking hotels and high-speed trains to travel between cities. As it turned out, my travels would start and end with an international flight from San Francisco (SFO) into Beijing then catch a domestic flight transfer to Shanghai – which would be reversed nearly six weeks later. From Shanghai, I would travel to nearby Suzhou, Hangzhou, and the Yellow Mountains of Huangshan. I then made my way to Xi’an to see the Terracotta Warriors. Then it was on to Beijing to visit the Forbidden City and the Great Wall of China. I then visited the coastal city of Qingdao before returning for another few nights in Shanghai prior to boarding my return flight home. 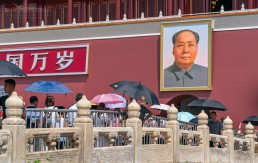 Photo: Portrait of Chairman Mao Zedong hangs on the Tiananmen Gate, or Gate of Heavenly Peace, at the entrance to the Imperial Forbidden City, Dongcheng, Beijing, China

I decided that for this trip/experience, I wasn’t going to go as my “Professional Travel Photographer” persona carrying all of my (heavy) Nikon gear. Rather, I would do as I did a couple of years ago when I traveled with my son to Cancun to chaperone his High School graduation trip. I took my lightweight hiking camera which is Sony A6300 24mp mirrorless body. Until this trip, I’ve only had one lens for that camera: the 18-105 Sony G PZ (PowerZoom). I decided to add a second lens to my Sony hiking arsenal, so I picked up the 70-300mm Sony G-OSS Lens. My only other camera gear was a lightweight aluminum Promaster tripod with a ballhead, a circular polarizer, a Variable ND-Filter, three spare batteries, and a bunch of memory cards, all of which fit in a standard book-style backpack with lots of room to spare. For now, I hope you’ll enjoy this teaser preview set of images. In the coming weeks, I’ll share some additional photos from each of the locations along with a few other travel stories along the way. 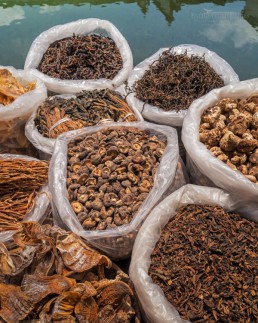 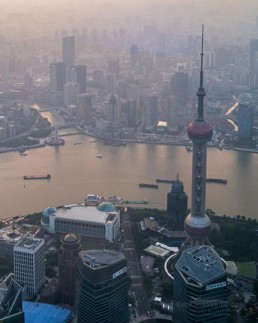 Thanks so much for taking the time to look, and I hope you’ll come back again to see more.